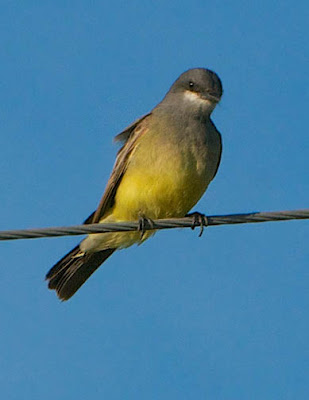 The beginning of the week proved to be tough for birding by Florida standards.  The winds were strong out of the north which brought the evening temperatures down to the near freezing point.   The strong winds kept the insects and the birds down and made for some challenging birding.  As the week progressed, however, we found the temperatures and winds moderating and with the more favorable conditions, birding also picked up.

We had three major ventures out into the field this week.  The first was a chase for a reported Cassin’s kingbird, a western bird which wandered over to the “Sunshine State” for whatever reason.  It was just one of those “couldn’t be better” situations where the exact telephone pole where the bird was seen earlier this week was the one he was perched on when we arrived.  As chases go, it wasn’t all that challenging to begin with as the location was only about an hour and a half away.  Nonetheless, the bird gave us all we could ask for as far as good views and nice lighting for photos. 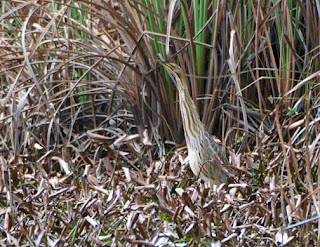 The following day, we joined the Halifax River Audubon Club for our “first-of-the-year” trip to Tosohatchee Wildlife Management Area, a 30,000 plus acre preserve near Christmas, Florida.  Bordering 19 miles of the St. John’s River, the varied habitat is home to some fine avian species such as the Bachman’s sparrow and King rail.  We found nesting Bald eagles, limpkin, Black and white warblers, and American bittern among many other species. 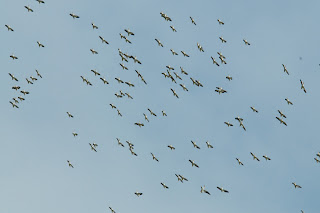 But the sight of the day was an estimated 500 white pelicans soaring high (very high) overhead.

In spite of their very large size (wing spans of up to 10 feet!), the birds were mere specks until viewed through the scopes and binoculars.  As we watched the White giants sail overhead, Black vultures were found feeding on the carcass of a dead gator…..beauty and the beast?

On our way home from Tosohatchee, we detoured over to Merritt Island NWR and found two active nests of Great horned owls.  We made note last week of the onset of nesting activity as we move on into spring.  We’ll make sure to keep tabs on these two nests and see how their families progress. 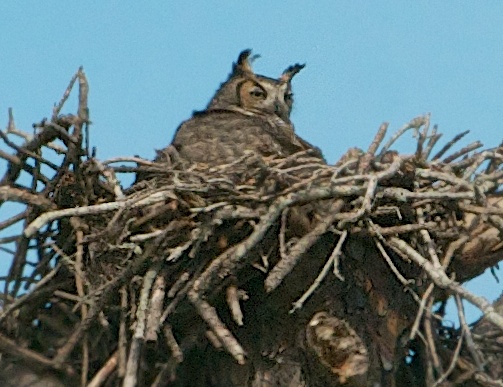 Our final outing of the week was a pontoon trip over to a sand bar at the confluence of Ponce Inlet, the Indian River and the Halifax.  The bar is known as a gathering spot for plovers and we were pleased to find our first of the year Piping and Wilson’s plovers.  They were joined by a lone Whimbrel (also first of the year) and although too distant to allow for decent pics, we enjoyed watching their activity through the scope.  Perhaps the most surprising aspect of this viewing on the bar was the paucity of Semi-palmated plovers.  It’s rare indeed to find so many more Piping plovers that semi-palms. 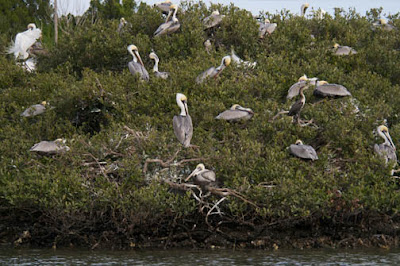 With the end of the month approaching and our year list at 176, we’ll have several friends from up north joining us in the upcoming weeks to help add to our totals.  We’re looking forward to our visitors from the north as the avian flocks will begin to come up from the south on their jouney north.
on February 22, 2013 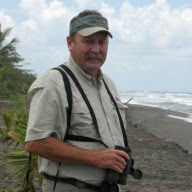 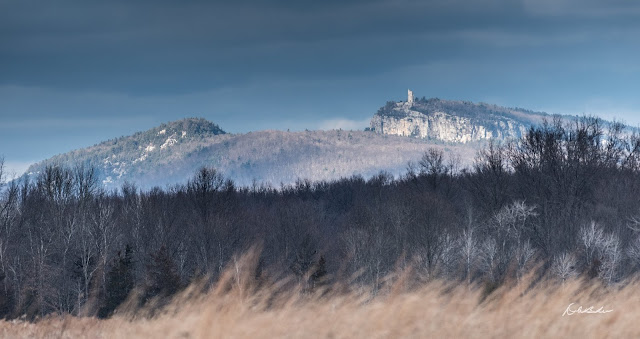